In this episode, the Retro Movie Geek crew are joined by special guest Gamma (Click Here for more from Gamma) and are geeking out over

Gamma’s evidence… The Fog is coming! 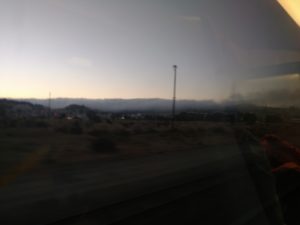 It’s the 21st of April, and the small Californian fishing town, Antonio Bay, is gearing up to celebrate its 100 year anniversary. Unfortunately, this is also the day when the “town curse” comes into play! Town curse, you say? Well, just bear with me a minute or two, as I go back in town here…

One hundred years ago a wealthy man named Blake wanted to establish a leper-colony a few miles outside of Antonio Bay, which was little more than a settlement at the time. He was bringing his gold and men on the ship, the Elizabeth Dane, but some of the townsfolk was disgusted, and got greedy, and decided to sink the ship and steal the gold, thus being able to turn the settlement into a township and also build the church.

But now… one hundred years later… on the 21st of April… Blake is back, to claim his gold and the lives of the townspeople who betrayed him!

Special thanks to Hayden for the use of his fantastic music for our opening theme this episode! You can check out more from this amazing artist here!

Special thanks to Retro Promenade for the use of music from the album Carpenter. Music use permitted under a Creative Commons license. CLICK HERE and get a copy of the album and support these fantastic artists!